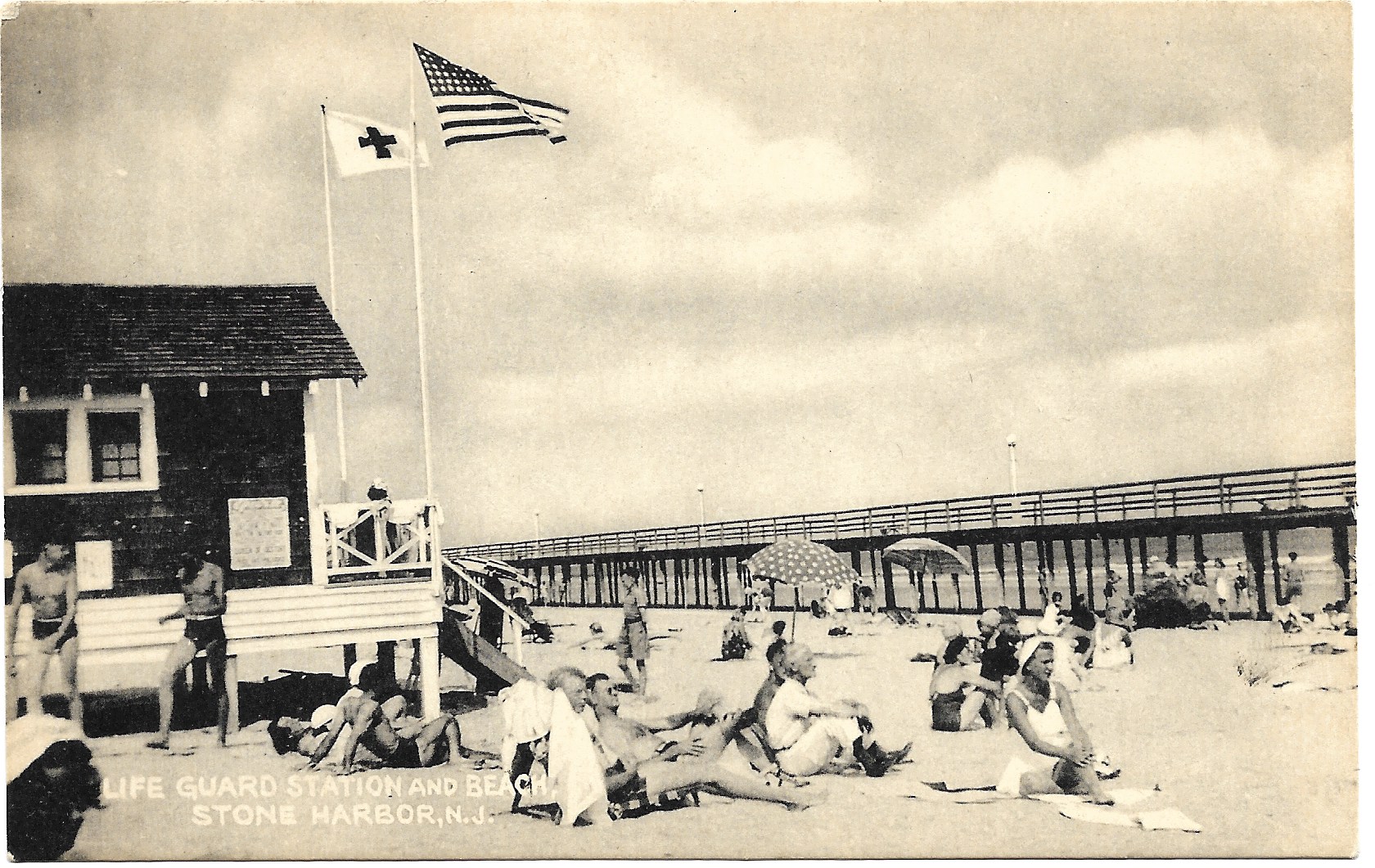 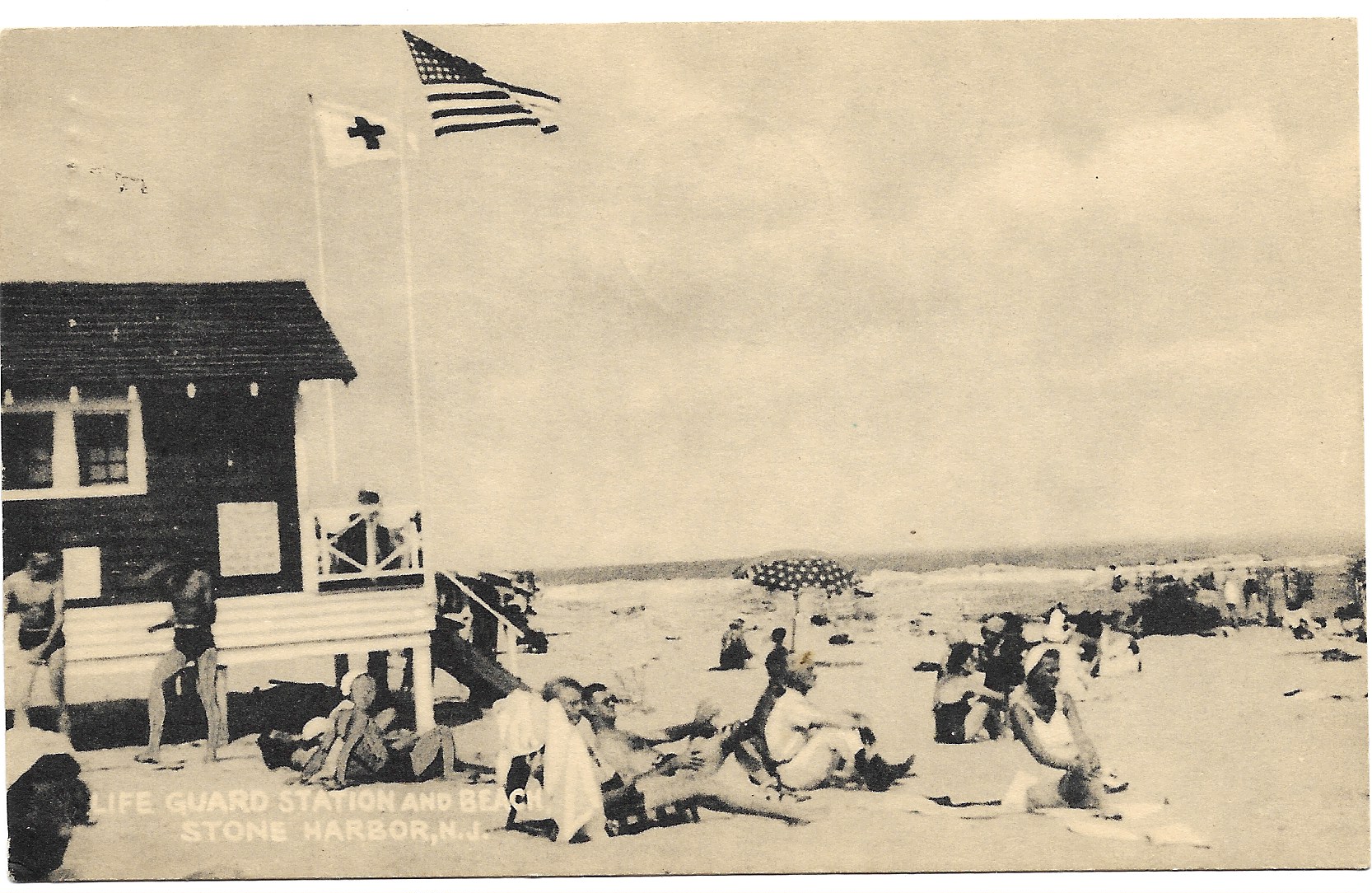 Here we have another post card oddity.  What is going on with these 2 post cards?  Both images bear the same printed caption: “Lifeguard Station and Beach, Stone Harbor, NJ”.

Abracadabra!  First you see Stone Harbor’s boardwalk, and now you don’t!  The boardwalk has vanished!

It would appear that the Great Atlantic Storm of early September 1944 took out the entire boardwalk but left everything else intact including people, the lady’s beach hat is still nicely in place on her head and the beach umbrellas (see the polka-dotted one in the center) all are intact and not even affected by the terrific winds of that mighty storm!

But after the storm and in view of the fact that the boardwalk was not rebuilt, new updated post card images would be needed to sell to future vacationers.

It would seem the publishing company who had ownership rights to the original image that portrayed the boardwalk scene (pre-1944 storm) may have deemed it just easier, probably less expensive and even expeditious by simply intentionally altering by removing (a forerunner to the term we now call digital “photoshopping”) the boardwalk itself and thereby continue utilizing a great image and save the cost of taking yet another photo and printing another new post card.

Thank you for your attention to this account.  I do hope you found this post interesting and informative.