“THE RISE OF POST CARDS: A FORERUNNER TO TODAY’S SOCIAL NETWORK AND A KEY MOMENT IN STONE HARBOR HISTORY!

A newly released book entitled “Post Cards: The Rise and Fall of the World’s First Social Network” by author Lydia Pyne writes about a time when an unusual phenomenon occurred and what some might even say was a full-fledged craze that was being played out not just in the United States but all around the world.  The following brief excerpts from that book by Pyne describe just when and how post cards “took the world by storm” and reached their zenith in popularity more than a hundred years ago.  Furthermore, evidence of the post card publishing boom contributed to over 7 billion post cards being mailed worldwide just in the year 1905, with almost one billion post cards mailed in just the United States alone.  Interestingly, these numbers do not even include the tremendous number of post cards that were just purchased and mostly saved for collecting purposes and consequently never addressed, stamped and mailed.

“Picture postcards were more than just a means of communication; they provided a portrait of life in America, especially life in the first two decades of the twentieth century.  Postcards were produced for every occasion,” Senior Librarian Fred Bassett of the New York State Library Manuscripts and Special Collections explains.  “At a time when newspapers (especially in small towns) carried few if any photographs, the postcard offered an incredibly inexpensive and convenient way to capture people, places, and events.”

Perhaps expressed yet another way, one could say that “Americans – again, like everyone around the globe – were sending millions and millions of postcards at the turn of the twentieth century.  It is easy to simply see postcards as an ephemeral mass medium and forget that each card bought and sent was a connection between two people.  When the historical network of postcards was built by the billions, individual cards don’t seem to matter.  Taking the time to read through the minutiae of what warranted being written and sent on a postcard, however, becomes a way of putting names to messages and bringing stories to life.”

So understanding these two descriptions about post cards in their heyday, and as a backdrop for the rise of post cards, the foregoing occurred at a time when telephones were still not yet a part of everyday American life and automobiles were becoming more common and affordable.  Americans began venturing away from their homes and took family vacations and trips to see America.  Tourism flourished, highways and roads were built, and the ever-present railroads also saw their share of Americans traveling throughout this vast country.  Americans were indeed on the move and they looked for places to visit and enjoy.

To reinforce both the title and the underlying theme of this particular post, the concept of “social network” or “social media” today can be explained by the coupling of interactive computer-based technologies and digital channels that actually facilitate and enable the creation and sharing of information, ideas, interests, and other forms of expression through what are known as virtual communities and networks.  Today we not only see but actually belong to numerous image-based social media platforms which people create and use to maintain their interpersonal relationships.  Therefore it might even be said that the good old-fashioned post card has seemingly become the analog predecessor to today’s texts, tweets, and even memes.

So this is where our interesting short story begins and you are about to see 5 vintage picture post cards that have been sequentially ordered and document an important Stone Harbor moment.  Go now and carefully examine all five of the illustrated post card images and see what was happening as if you are a witness or an observer to the actual event being depicted.

Having viewed each of the post cards, it should now be apparent the important occasion or special moment in time actually centers on a ceremony and a celebration at Stone Harbor that took place on Monday, July 3, 1911 and literally catapulted the newly emerging seashore resort into the history books.  Further, it will also serve useful for you to read the captions on each of the 5 post cards portrayed.  Documented here you will see then Governor Woodrow Wilson of the State of New Jersey, the Risley brothers, and a multitude of dignitaries, guests and onlookers assembled for the official “Opening” of the Stone Harbor Ocean Parkway linking the mainland and Cape May Court House with Seven Mile Island and the “Dedication” of the Great Channel drawbridge during the Gala Week festivities in the early summer of 1911.  No exaggeration, this was big news!

Now imagine if you will, just how exciting it must have been for recipients to receive these very post cards delivered to their mailboxes back in latter 1911 or thereafter.  The inherent value of these so-called little “time capsules” lies in the fact that: (1) there is the photograph or image itself along with an explanatory caption for context; (2) then there is in all likelihood a brief handwritten message, most likely scrawled in pencil; and (3) lastly, there is of course the thoughtfulness of the person sending the post card in the first place.  So what we actually have then are examples of “History in the making” for those recipients as well as for those of us who are post card collecting enthusiasts learning about one of our favorite places, namely Stone Harbor, New Jersey.  All of us should be very grateful for the fairly large number of Stone Harbor post cards that have been produced over the last century and most happily the good news to report is that post cards are not yet extinct.

So the next time you receive a post card, should you be so fortunate, consider the significance of that very object as part of the forerunner to today’s popular social networks.  Be sure to turn the card over and read the message that has been conveyed.  Most likely it will be short and to the point.  We might even say it is indicative of “small talk” where nothing of any particular importance was written.  Just like the post card messages of yesteryear, there might be the usual “Greetings” or just “Hello” from a certain place; complaints perhaps about the weather being too hot or too cold and not to one’s liking; the ocean water or the evenings at the shore might be a bit too chilly; to tell how one is doing at a certain place; maybe even “Wishing you were here” as a popular phrase goes; what someone has been doing such as enjoying walks on the boardwalk and if their stay has been fun; don’t forget those pesky and annoying mosquitoes; and maybe there is an indication when they plan to return home.  Generally such mailings, “then and now”, will be mostly newsy chitchat with even a bit of gossip on occasion thrown in for good measure.

With all this said and done, hopefully the viewer/reader of this post will now better understand that post cards have fundamentally served as an important tool through which people could strengthen important personal and social bonds as life and circumstances have put more and more physical space or distance between them.  Knowing that human beings are a social species that rely on cooperation to survive and thrive, it is no wonder that man has created the means to connect with one another.  Post cards have taken a front seat and played an important part in this process! 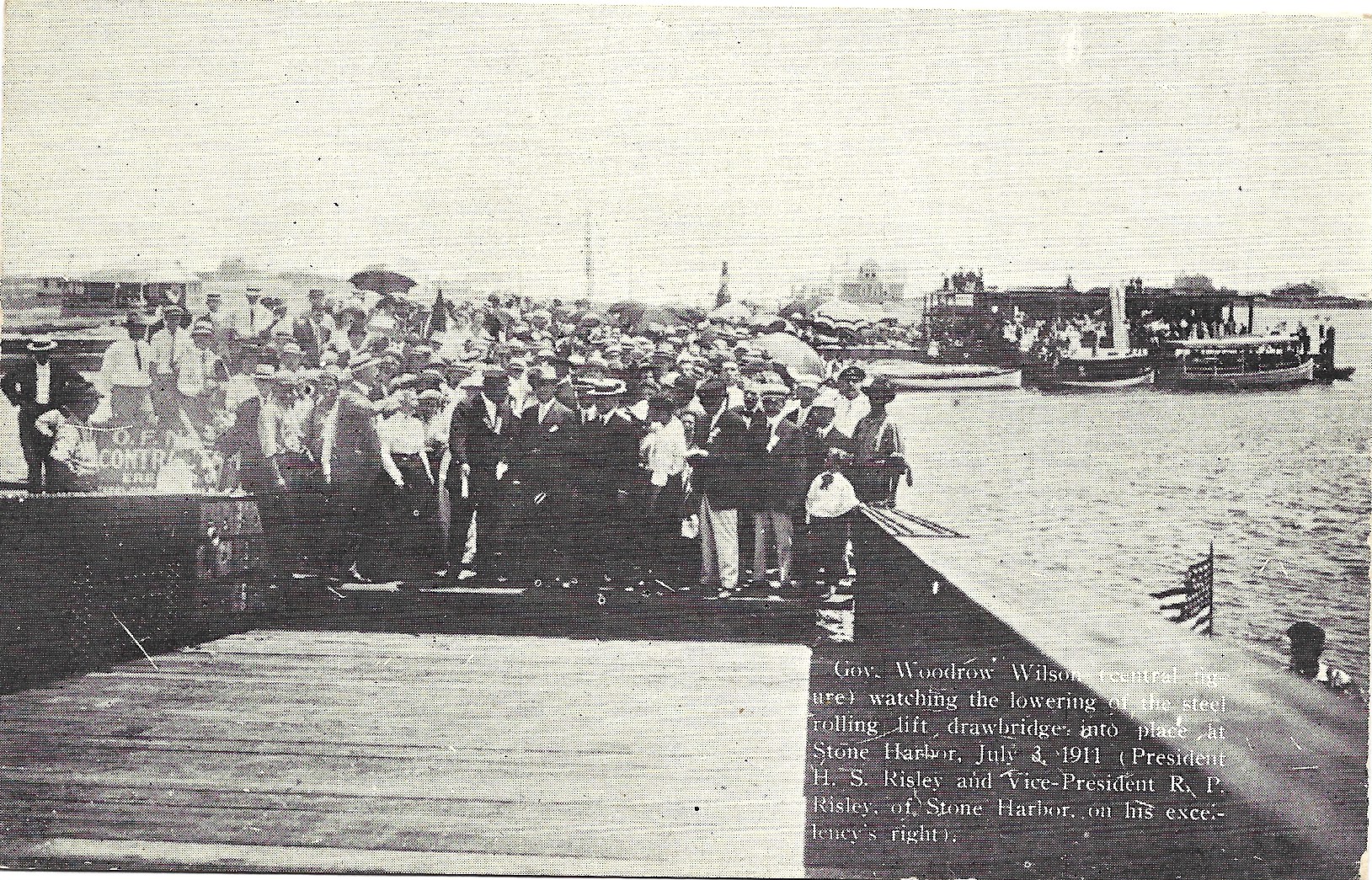 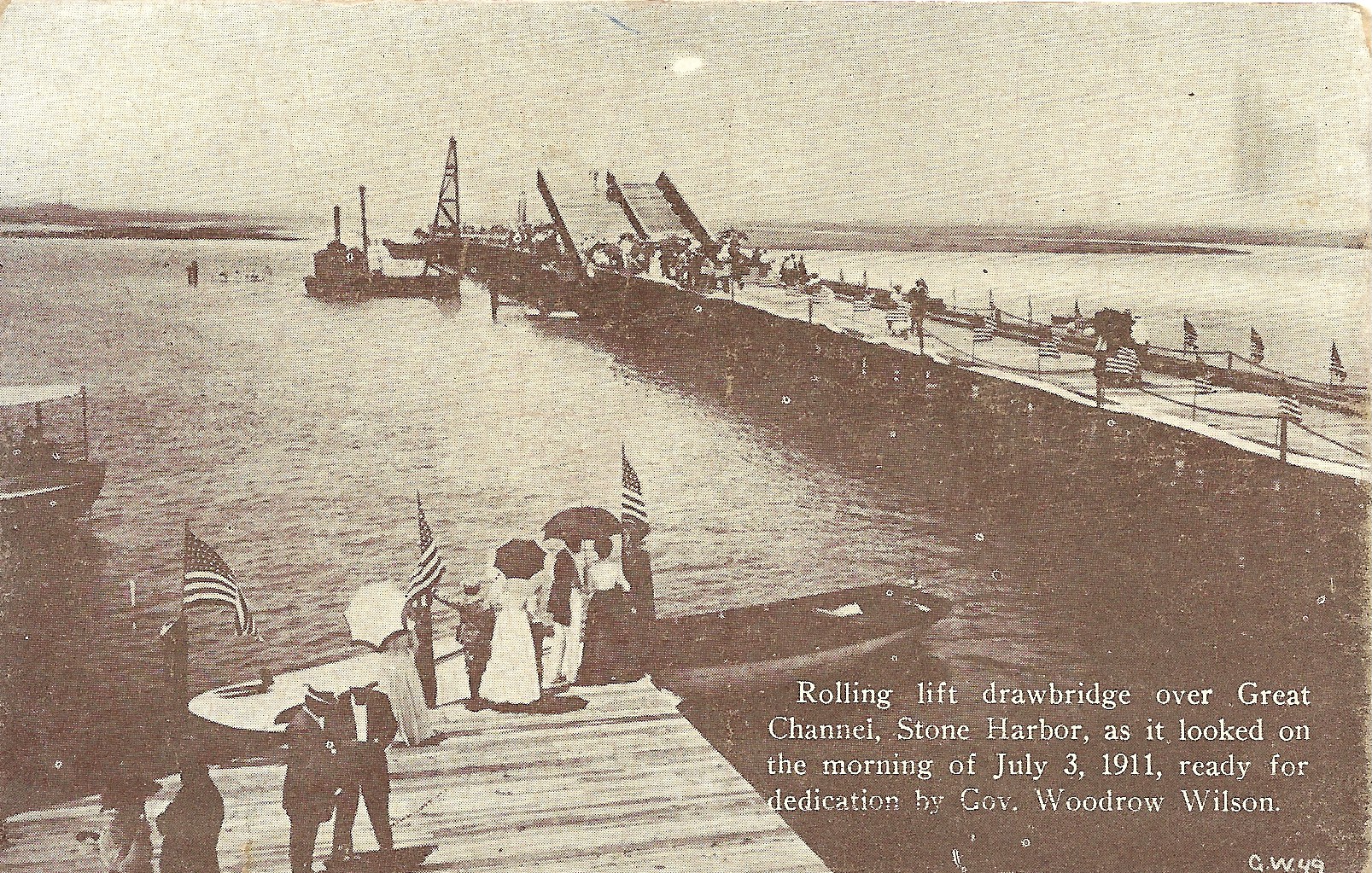 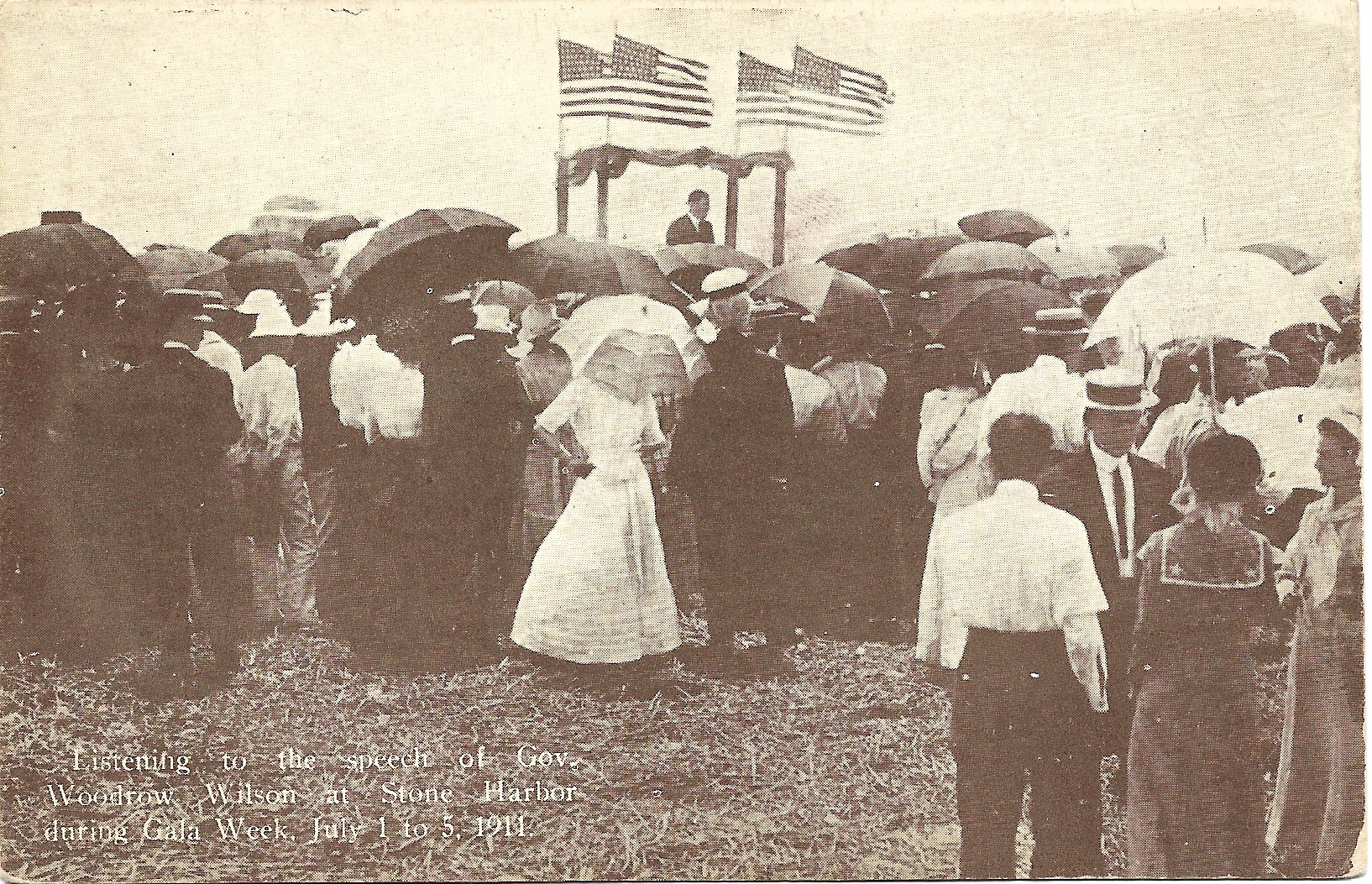 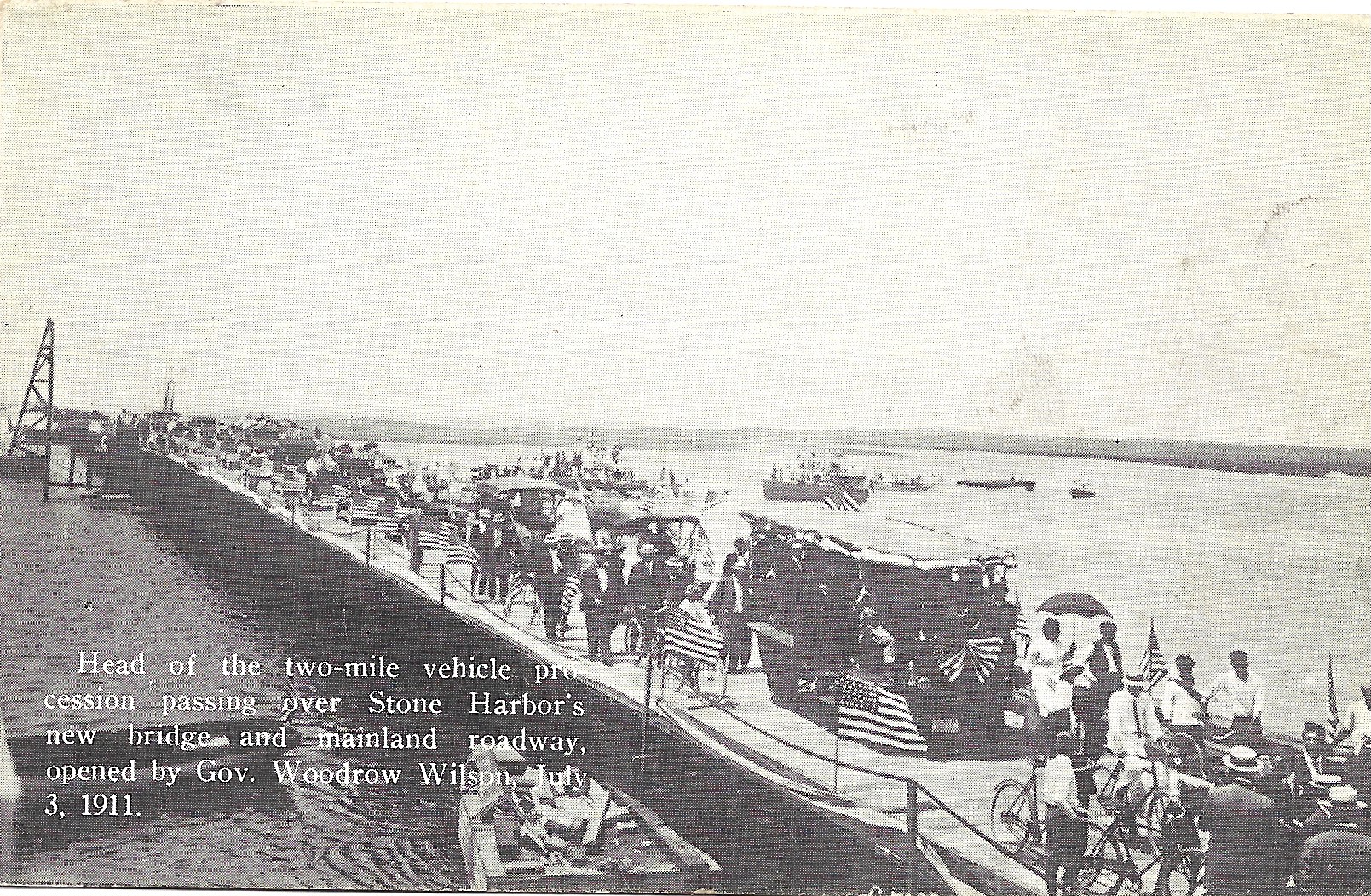