“THOSE KIDS ARE AT IT AGAIN: FIRST IN STONE HARBOR, THEN AT OCEAN CITY, NEXT AT POINT PLEASANT, AND LASTLY AT WILDWOOD!”

(This brief written account about four post cards is intended to take on elements of a “spoof” or in other words, just have some good-natured fun.  In this manner, the reader would do well to employ a little bit of imagination, just relax and essentially “go with the flow” as some would say.)

First of all, please take a moment to look at each of the post cards in the order in which they are shown below.

To begin, the question that comes to mind is just how did those young sand diggers manage to virtually re-create their beach adventures by the water’s edge at 4 different towns over the span of some 6 years according to the respective postmark dates shown on the cards between 1931 and 1937?  In fact, if you look closely at this array of 4 post card images, remarkably those children didn’t seem to have aged one bit during those intervening years and they even managed to wear the very same bathing suits!  What’s also puzzling is just how those youngsters were able to haul that heavy life guard boat around from town to town all by themselves.  Furthermore, as you can readily see, the surf boat was even repainted a different color!

All joking aside, what’s really going on here?  While it is often remarked that “history repeats itself,” that would be really taking that notion to an extreme in this case.  Then there is also something called “historic recurrence” which is the repetition of similar events in history.  Mark Twain even posited by suggesting a favorite theory of his that “no occurrence is sole and solitary, but merely a repetition of a thing which has happened before, and perhaps often.”  That being said, let’s use all this conjecture or hyperbole as a springboard to delve into this matter just a bit further.

One of the things these post card images have in common beside the seemingly identical basic scene of young children digging in the sand by the ocean is that the postcard manufacturer, Mowen Studio of Ocean City, N.J., apparently owned the rights to this particular photograph and published this very image to be distributed and sold to various different seashore resorts.  Why not?  Producers as well as vendors of seashore post cards knew very well just what specific scenes would sell best to tourists and vacationers.  What kid doesn’t like digging in the sand at the ocean?  Therefore a somewhat universal theme or quintessential

scene would certainly make sense: in this case portraying kids doing one of the things they like doing best.  Digging in the sand, of course!  Such a definitive scene as depicted herein is precisely what most would categorize as “timeless”.  Now it’s a matter of letting the clever marketing scheme of both promoting a particular place and selling such typical and/or timeless post card scenes unfold and thus contribute to making money for all concerned.  I personally have to believe that’s exactly just what happened!

Aside from the billowing summer clouds being different and the ocean surf being either calm or rough, you will be hard-pressed to see those few individuals who have either been removed from the scene on a given card or added to the scene.  For example, pay particular attention to the number of persons standing behind or who are situated by the life saving boat in the background.  Can you spot any other rather subtle but apparent differences?

In conclusion, I hope you have enjoyed examining and even comparing these four post cards and I appreciate your time in doing so.  You just never know – there may very well be yet a 5th post card lurking out there somewhere sporting the same basic scene but attributed to another New Jersey resort community just waiting to be scooped up on some popular internet auction platform or from some post card dealer’s boxes of such items for sale.  For all you post card collecting enthusiasts, happy hunting! 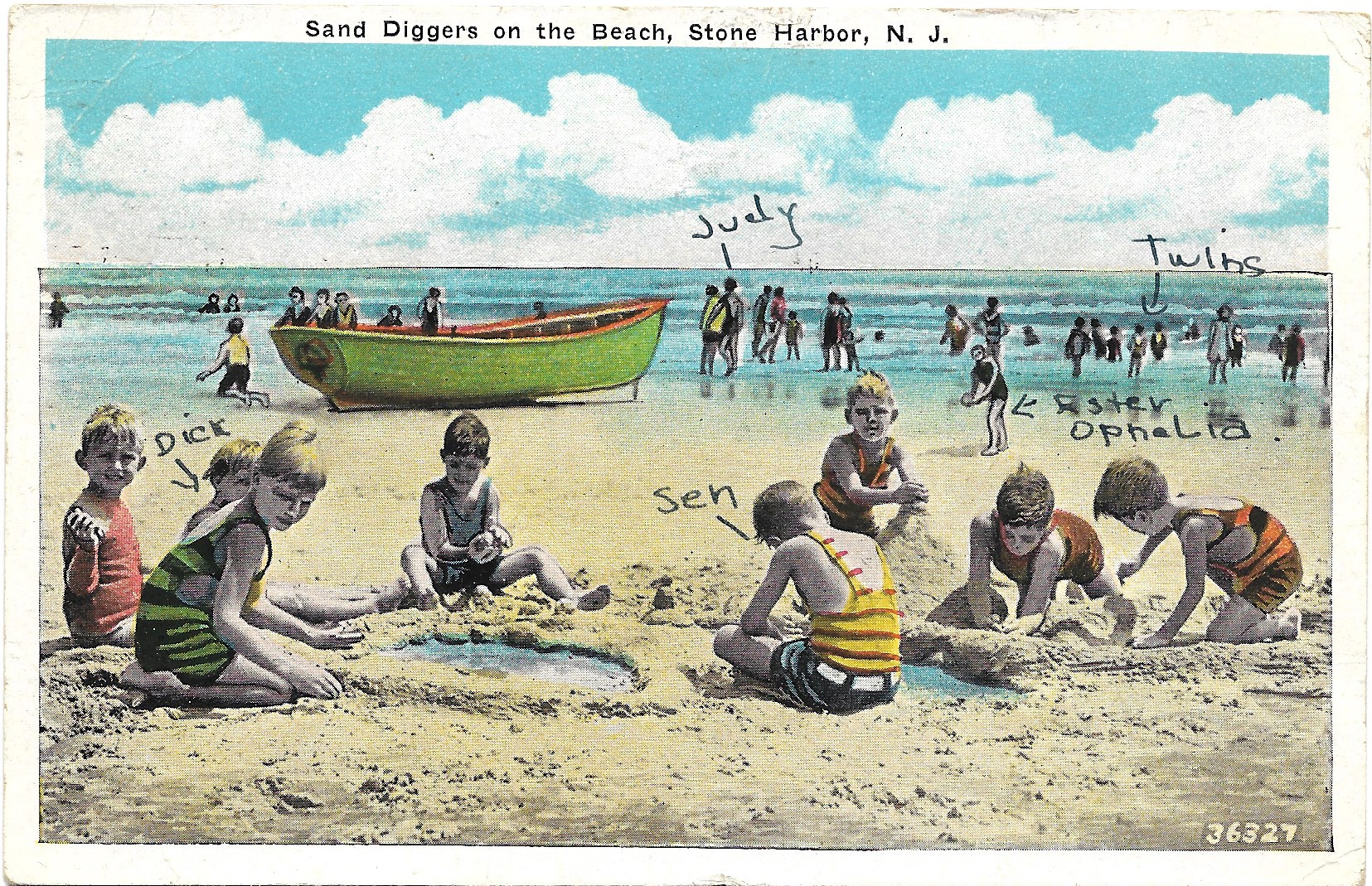 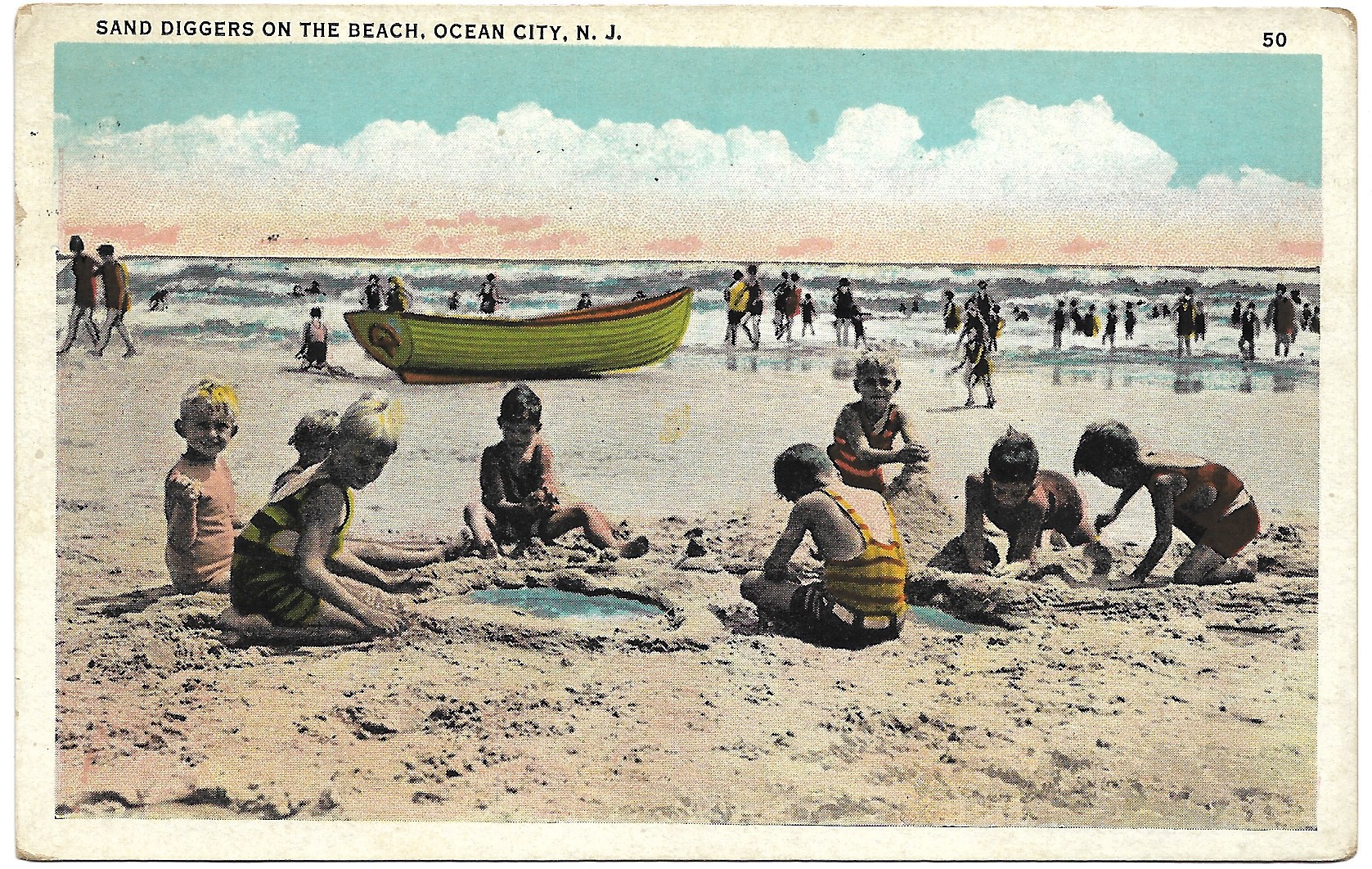 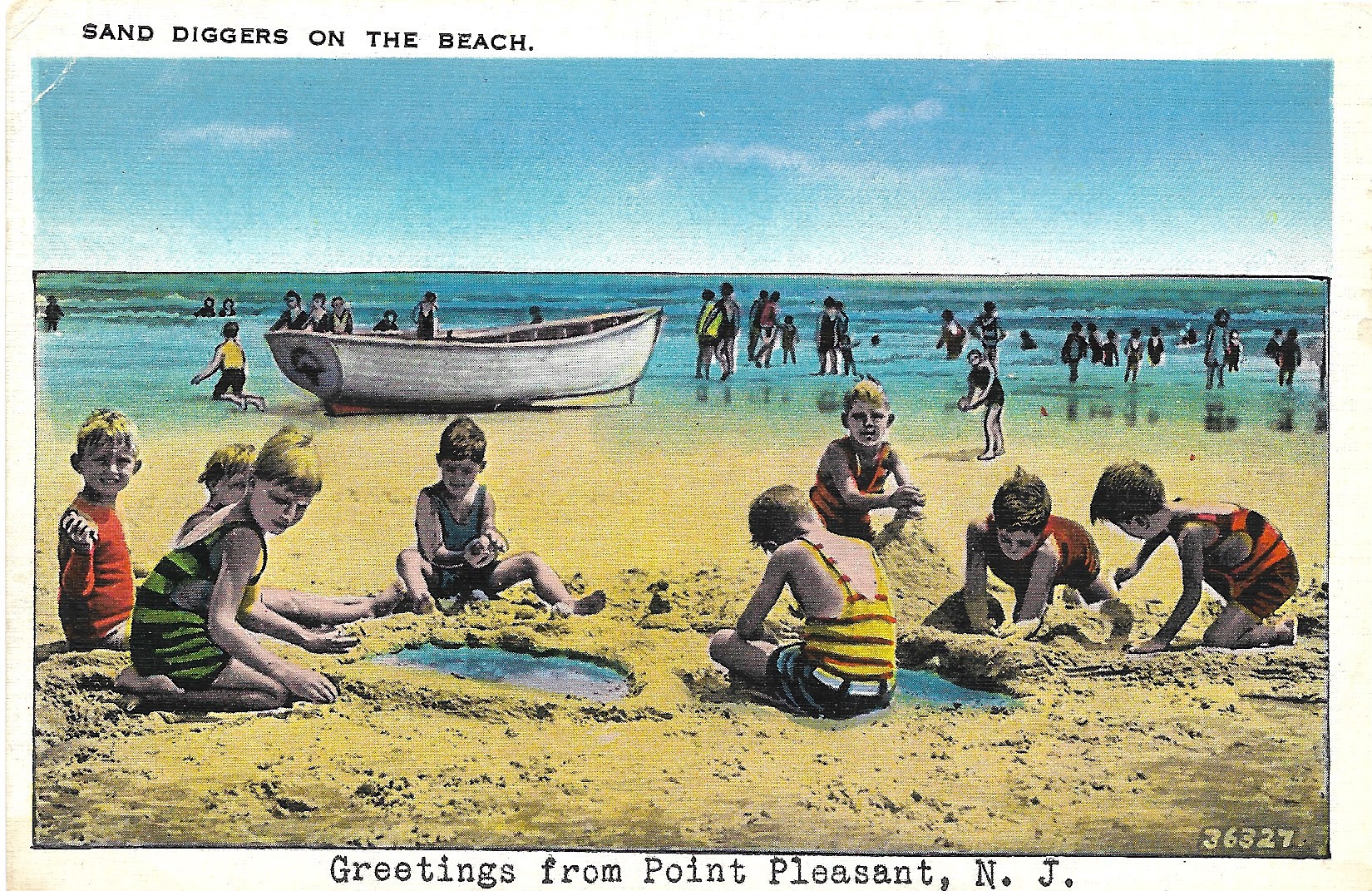 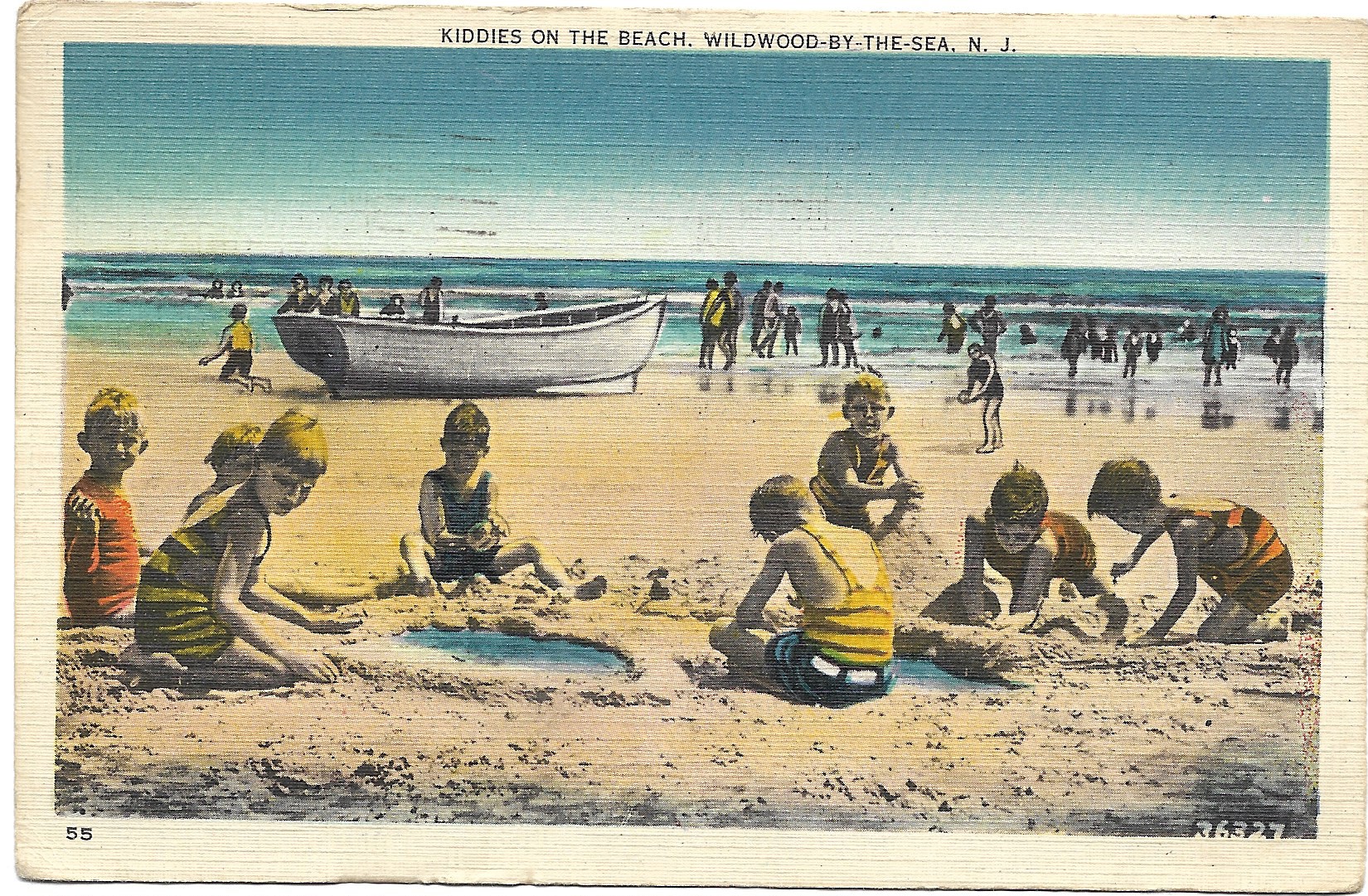