Well, apparently during the time of the Gala Week festivities held back in the early part of July 1911, the Risley Brothers put together and promoted daily activities for an entire week to attract and bring potential investors and other folks down to the “new” seashore resort called Stone Harbor.  In addition to then New Jersey Governor Woodrow Wilson officially opening the new Ocean Parkway and drawbridge linking the mainland with Seven Mile Island, there were festivities and all kinds of races that week including exciting speedboat races on the Great Channel and automobile races as well as motorcycle races on the expansive beach.  In fact, there was a highly celebrated automobile race from Townsend’s Inlet to Hereford Inlet along the beach with an elapsed time of 14 minutes and 25 seconds.  Such race events were conducted on the beach at low tide and the course offered an unencumbered route free of obstacles such as piers, jetties or boardwalks.

In addition, there were swimming contests and even a running marathon.  Some of these popular Gala Week events have been photographically captured and are depicted on vintage picture post cards.  Clearly those post cards show the large crowds of enthusiastic spectators excitedly standing on the porch of the bathing pavilion as well as on the beach and enjoying the racing events.  However, this writer has never seen any post cards actually depicting either the car races or motorcycles racing on the beach.

Here is just a small sampling of three vintage post card images from that period showing both the popularity and the high level of interest that visitors had during that particular time in Stone Harbor.

The next card shows a “Crowd of enthusiastic sport-lovers viewing Motorcycle Races at Stone Harbor.”  The caption on the reverse address/message side goes on to announce ”Finest Beach for this purpose in the world.”  That’s quite a ringing endorsement!

Finally the third post card view portrays a “View of the Unexcelled Beach at Stone Harbor looking Northeast from the Bathing Pavilion.” 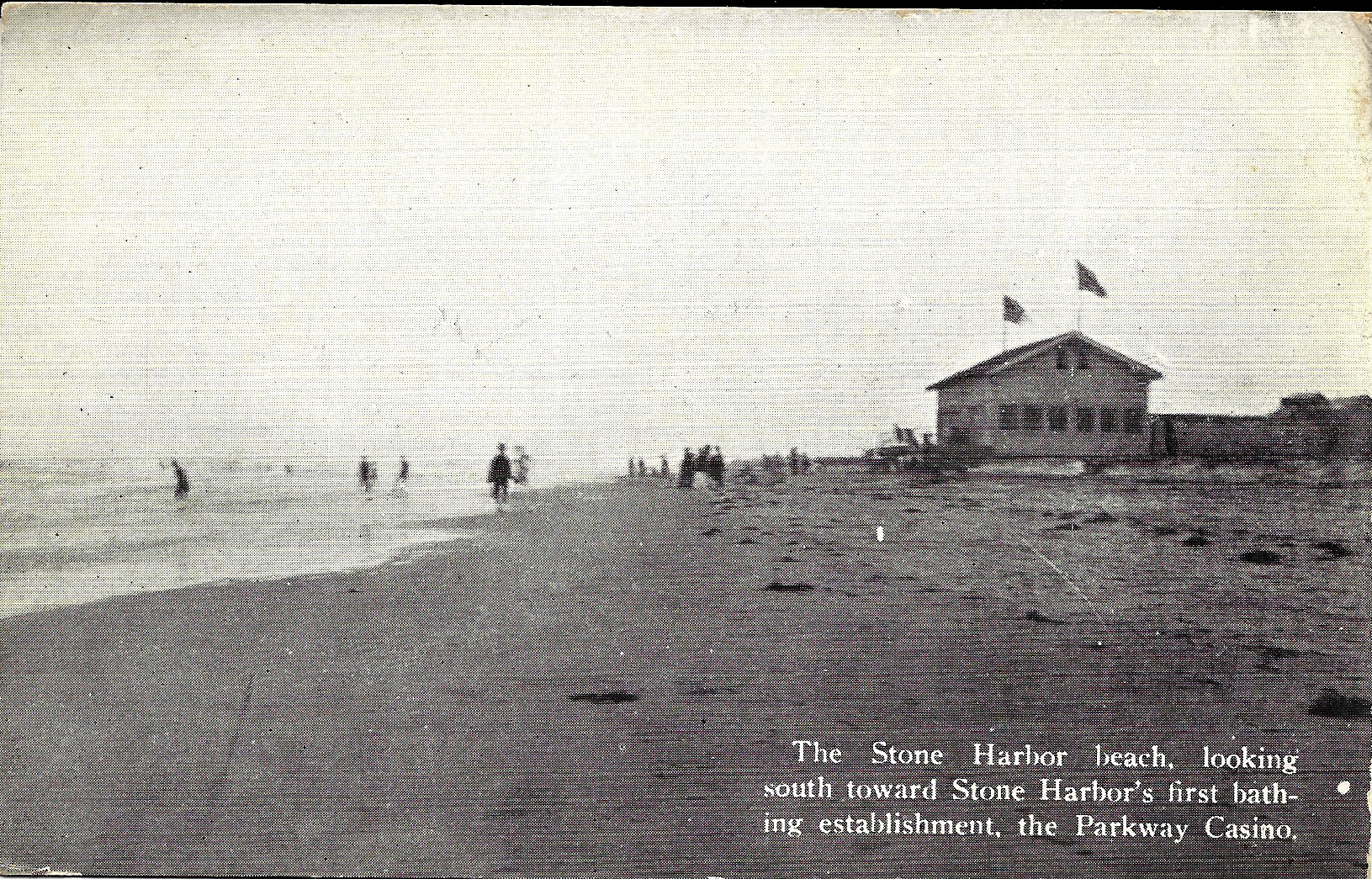 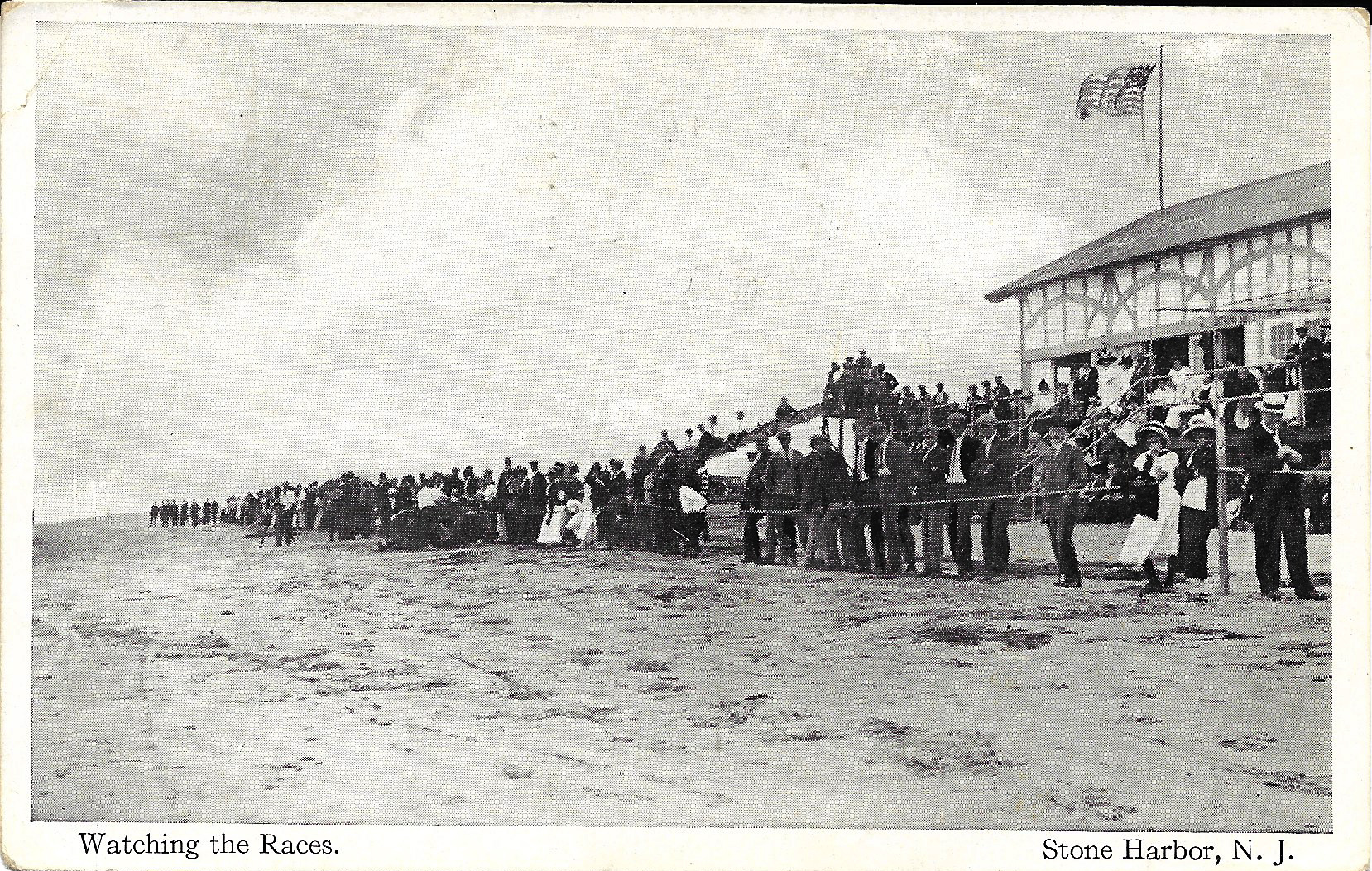 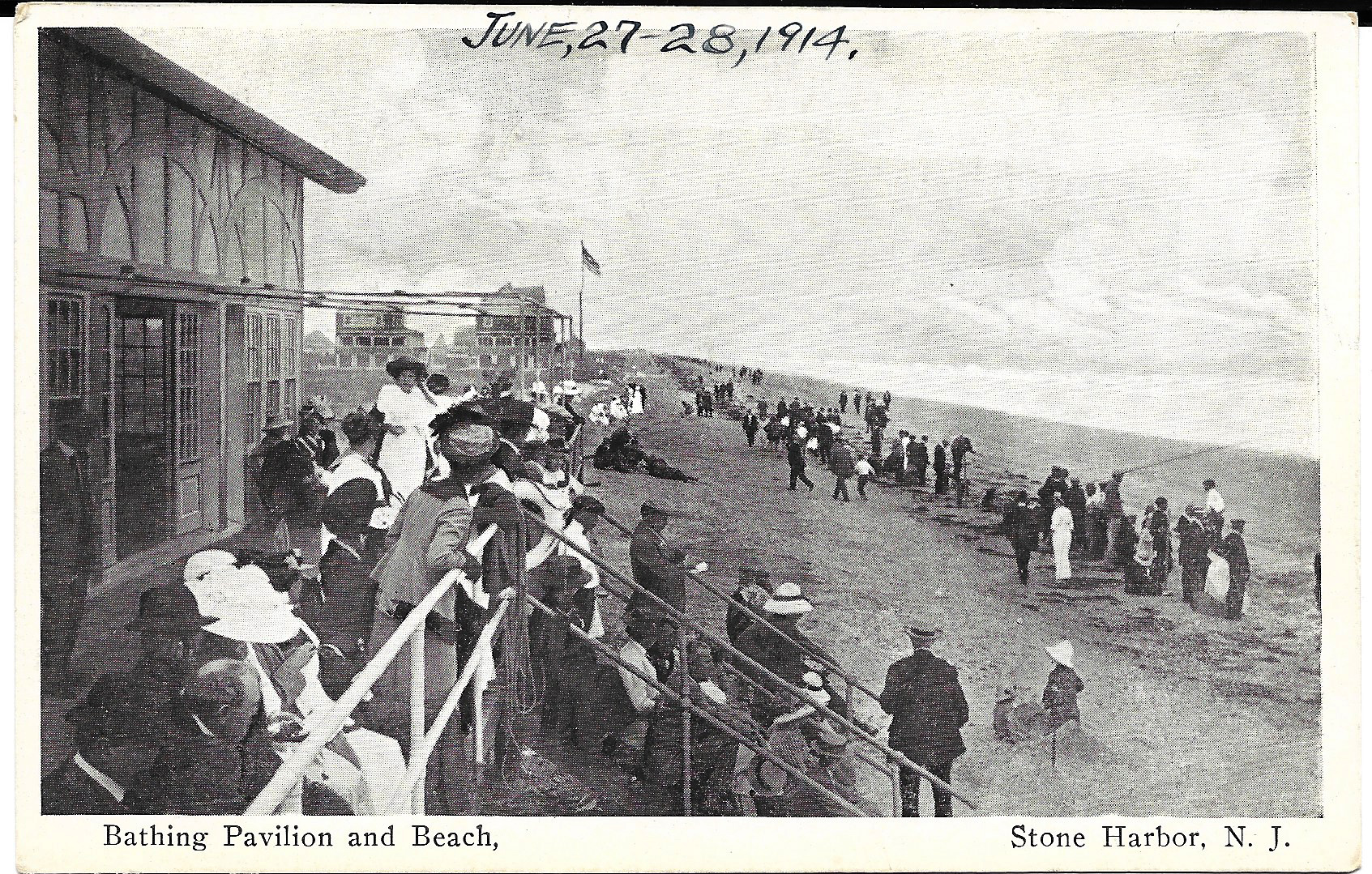