149 88th Street was built and originally owned by John Kienzle. Historic records show that the house was built in 1917 – but family stories reveal that the house took a few years to build.  The property was bought in 1917 but the house was not complete and ready for move-in until 1923 and the Kienzle’s called it “Ivy Cottage”

On the island Mr. Kienzle was an important person. He was a member of the old Yacht Club, one of the developers of the fishing pier at 86th Street and an organizer of the fishing club. He donated land and money for the construction of St Paul’s RC church and was instrumental in the construction of the old Yacht Club. His wife and daughter Charlotte also organized fundraisers for the church. He was a director of the old Stone Harbor Terminal RR and one of the founders and directors of the Stone Harbor Building and Loan.

John Kienzle died on May 31,1930 at the age of 78 shortly after talking with his neighbors on the porch of his home on 88th street. His wife died the following year, but the house remained in the family. John’s daughters – Charlotte Kienzle Fasy and her sister Mary Kienzle – and their family continued to enjoy home at 149 88th St. for many years. Mary lived in the house full time after retiring. Charlotte’s husband Frank Fasy was treasurer of the Stone Harbor Building and Loan Association. Charlotte’s daughters Catherine (Cass) Fasy Drummond and Mary Fasy True summered in the house as well. As a teenager, Catherine worked at Mrs Diller’s store, now the site of Mimi’s . When it wasn’t busy, Mrs Diller would ask her to go upstairs and clean the apartments. Generations of Kienzle’s continue to love and contribute to Stone Harbor’s history!

A story shared by the Drummond family:  “When Mary True  sold the house, she left all the contents including some plates handpainted by her grandmother. In 2008, Cass Drummond really wanted to see the inside of her former summer home. We made contact with the Naughtons, and they graciously hosted our Mother. She put together a photo album of the house on 88th st and  pictures from the first house her grandparents owned, the house with the twin turrets. During the visit our Mother saw the plates and was so upset her sister had left them. After the visit she frequently talked about the plates. The Naughtons were kind enough to give the plates to our Mother the following year for her birthday. She was ecstatic! 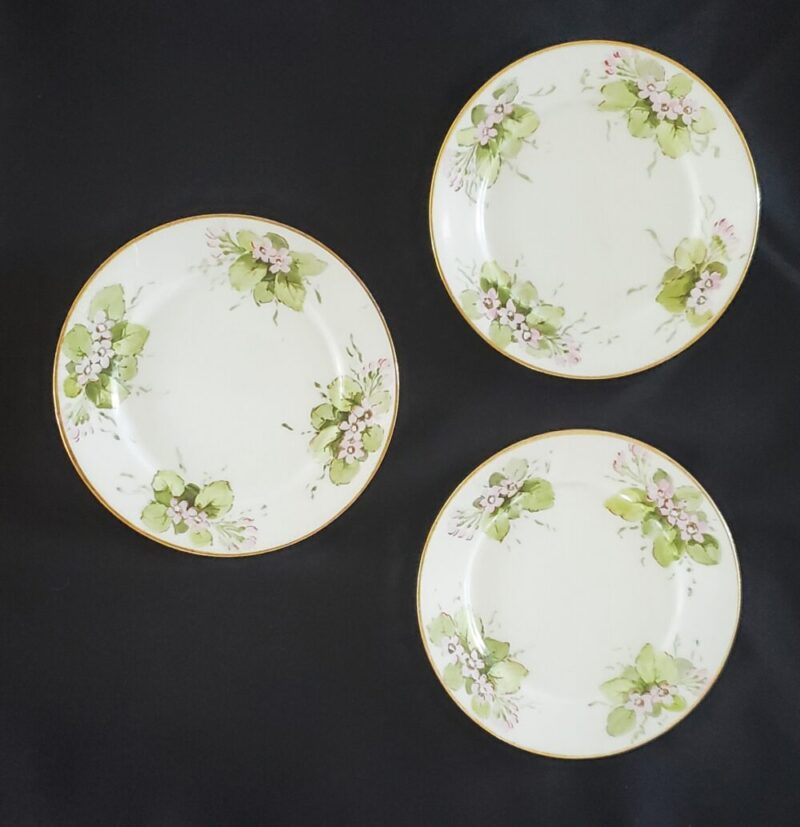 That same summer, The Naughtons saw the notice of the demolition sale of the house with the twin turrets. They recognized a hall stand and a piano that was part of the sale from pictures in the album our Mom had showed them. They let our Mom know and we were able to purchase the hall stand. Our Mom delighted in having that piece of her family history.

Our parents, John and Anne Naughton bought 149 88th in March 1966.  They quickly renamed the house, Teac Na Mara, which means House By The Sea in Gaelic. Our father, ‘Jack’ was from Galway Ireland.

At that time in 1966, they had eight children, all girls. They went on to have two more children another girl and a boy. We went to Stone Harbor for our summers.

Each one of us grew up there working our summer jobs. The older girls worked as chambermaids at the Château, Maria’s Italian restaurant, the Harbor and Park movie theaters, Golden Inn, Brittons Bakery, Stone Harbor Pizza.   Our brother worked at Britton’s Bakery, the Golden Inn, Jack’s in Avalon.  Our father worked at the Golden Inn as a bartender for many years. Many of the patrons knew him well, as the Irish bartender. He still had his Irish brogue.  He was born and raised in Galway Ireland and came over in his 20’s.

Our family has grown up in Stone Harbor.  We are all very close.  Our children and all the cousins consider each other good friends and we all credit that to us having the home in SH where we all can come and go!

We did many fun things while Growing up in SH….Arcade, Bowling Alley, Dances at Civic Club, Hanging out on the wall at the water tower.   We enjoyed boating, fishing and water skiing with our father.

We’ve always participated in the 4th of July festivities.   Someone would come home with a trophy for some event every year!

Many people walking by our house would comment on all the fun and laughter they heard coming from the house.  We often played card games, such as Canasta, taught to every one of us, cousins included by our Mother, Anne.

Our children have all gotten jobs in SH too!  Windrift, Bradley’s, Buds, Peace of Pizza, Green Cuisine, Back Bay Seafood to name a few!

We were fortunate to have a beach with a pavilion.  Before it was filled in underneath, we spent many days under the pavilion!

Our family has so many wonderful experiences and memories!  We credit Teac Na Mara for our close family, as we all get together there year after year.  All of us, children, grandchildren, great grandchildren consider it home.

Our mother passed away in 1995 and our father in 2006.  We are so thankful to them for our family and for Teac Na Mara.

We’ve hosted two Naughton Family Reunions in 2014 and 2016!  They were huge success.  Our extended family came to SH from all over the world to be there….New Zealand, Australia, Scotland, England, California….