The Boardwalk at Stone Harbor, NJ : Now you see it! – Now you don’t!

The boardwalk at Stone Harbor is at best only a distant memory. Were it not for picture post cards and photographs, there would be little evidence that for a period of 28 years a one and a half mile long boardwalk from 83rd Street to 106th Street once existed.

A generally accepted definition of the term boardwalk might tell us about a walkway or promenade, often elevated, typically constructed of wooden planking and being located along a beach. It has been said that the State of New Jersey has more boardwalks than any other state and that Atlantic City actually became the first seashore resort to construct a boardwalk back in 1870. Those of us who have personally experienced the charm of boardwalks at other locations, either today or yesteryear, are reminded of their immense popularity and the many attractions they offered. “Walking the boards” or leisurely strolling the boardwalk, often at the end of a day at the shore, provided countless opportunities for fun and relaxation including souvenir shopping, entertainment, arcades, miniature golf, salt water taffy and delicious fudge are just a few that come immediately to mind.

It is understood by many that if the sandy beaches were the number one attraction, then boardwalks were the next most popular reason why people flocked to seashore communities especially during the summer months. Stone Harbor was among the group of coastal towns that would build a boardwalk and did so in 1916. But we all know that Mother Nature and the mighty forces of the ocean have on numerous occasions not been kind to boardwalks and ocean front properties.

The moment of truth came on September 14, 1944 when the New Jersey coast was hit by a particularly devastating storm which became known as the Great Atlantic Hurricane of 1944. In just a day or so Stone Harbor would lose its entire boardwalk to this monster storm. In fact, the boardwalks of Sea Isle City, Atlantic City, Ocean Grove, Asbury Park and Long Branch all suffered similar fates as Stone Harbor. Some would rebuild, while others would not.

Upon assessing the extent of damage and the replacement costs associated with rebuilding not only the Stone Harbor boardwalk but a 500 foot fishing pier out into the ocean and a covered pavilion at 96th Street, residents and town leaders finally agreed that there was a greater value of having unobstructed ocean views and consequently decided not to have the boardwalk rebuilt.

In closing, allow me to share two interesting picture post cards that perhaps speak to a “lighter side” of the 1944 disappearance of the Stone Harbor boardwalk.

Take a look at both of them here.

The question is: What is going on with these two post cards? First, there’s the boardwalk in all its glory on a 1943 postmarked card, and then abracadabra, the boardwalk is suddenly gone on the next 1949 postmarked item! It would appear that the Hurricane of 1944 took out the entire boardwalk but left everything else intact including all the people, the lady’s beach hat is still nicely placed on her head and the beach umbrellas (see polka-dotted one in center) are all intact and not even affected by the terrific winds of that mighty storm!

The reason? At least for an interim period, perhaps the publishing company that produced the original post card may have found it to be less costly to simply alter the image by deleting or removing the boardwalk than to take a new photographic image and go to the trouble and expense of printing a new card of the Lifeguard Station and the 96th Street beach scene without the boardwalk. What do you think? 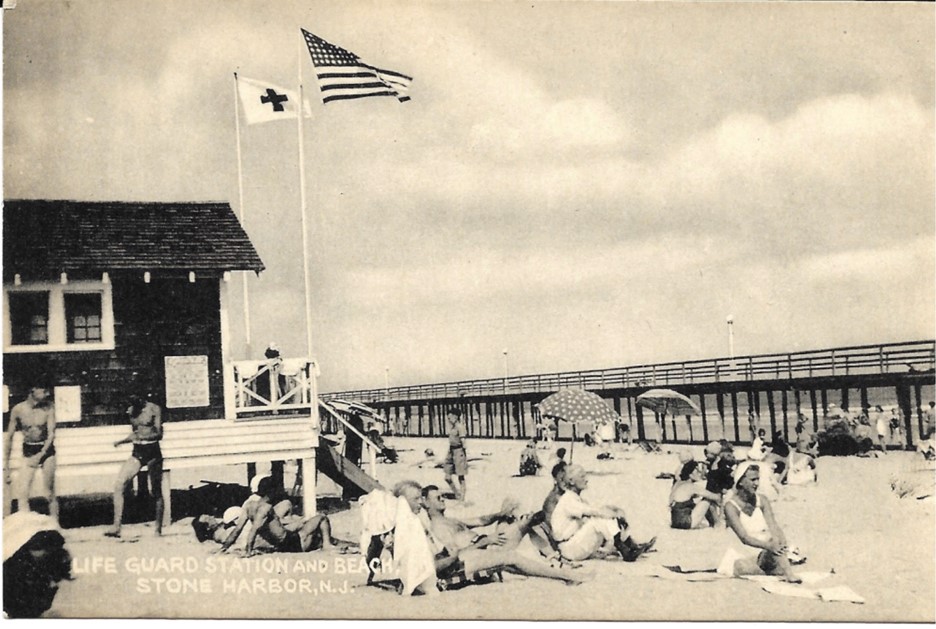 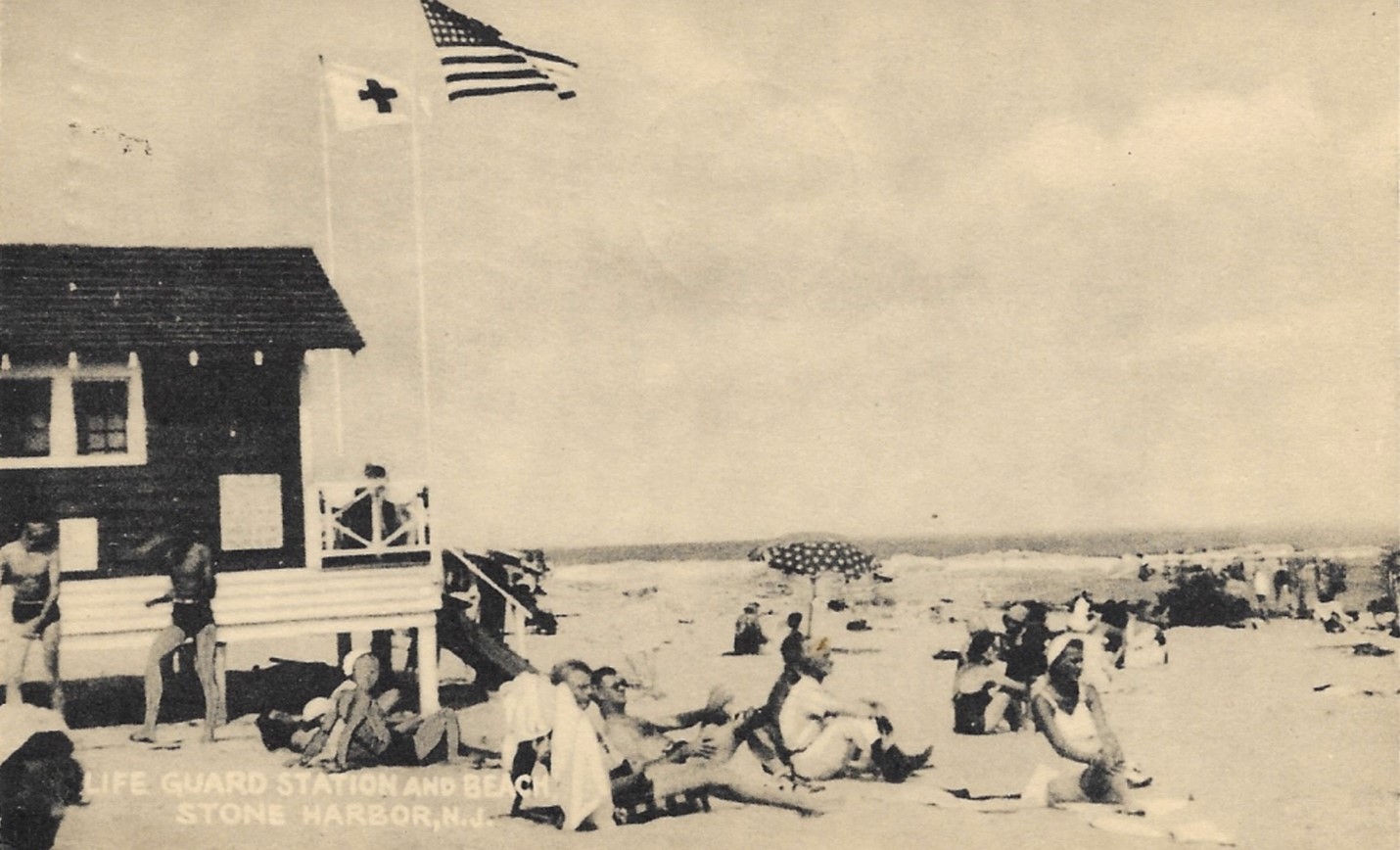